Aerial yoga is a hybrid type of yoga developed in 2014 combining traditional yoga poses, pilates, and dance with the use of a hammock.

Aerial yoga requires a specialkind of hammock a prop which tends to support up to 300 kg on average. A rig typically consists of support chain. a webbing wrap, a silk hammock and carabiners. Two support chain hang down from the ceiling from less than one meter above ground level and the hammock is connected at the height set by the user. The hammock act like a swing supporting the hip for both forward and backward bending. Difficult mat-based yoga posture may improve easier to perform through aerial yoga. 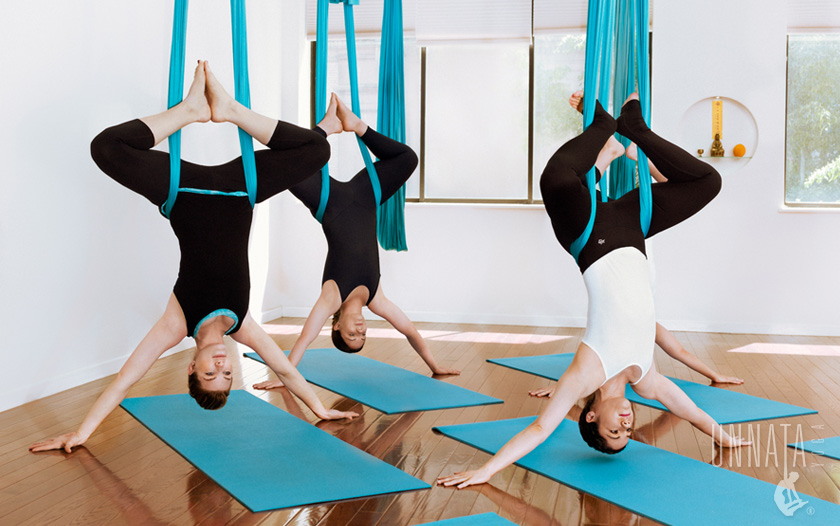 Aerial yoga has not been studied with clinical trials. Anecdotal evidence indicates that by facilitating bending and stretching of the whole body during exercise, muscles and joints will be strengthened and rehabilitated, and the spine decompressedas the body hangs freely. Yoga in general, and aerial yoga in particular is promoted as benefiting for emotional, psychological and spiritual health.

Your first look at the latest fitness trend might have been on Aerial Yoga, where pics of gorgeous, gravity-defying yoga poses have been proliferating. But you don't need to be an acrobat-far from it-to learn and love aerial, or antigravity, workout.

Yoga with a difference “Aerial yoga is a comprehensive fitness technique designed to increase one's overall health and physical agility, all the while having fun. The unique combination of exercises (yoga, Pilates, calisthenics and aerial acrobatics) as a sequence, is intended to decompress one's spine and align the body from head to while stretching and strengthening one's muscles”. 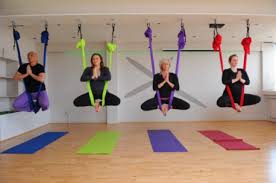 Antigravity or aerial yoga claims that hammock allow students to relax into a deeper stretch than in traditional yoga. as the hammock support some or all of yogi’s body weight, finding correct alignment is also easier. Rhythmic movement is use to add a dynamic stretching element to the practise, which is line with what commonly accepted as good practise in athletic warm ups.

Using a hammock to support the weight of a body in inverted posture reduces, and in some cases eliminates, compressive forces on the joints. Think of poses like handstand, downward-facing dog and upward facing dog.

Using a hammock when practicing aerial or antigravity yoga makes advanced poses accessible to the less experienced student. It can even be beneficial to advance practitioner by allowing them to explore poses they have yet to experience.

It’s for everyone! It’s beginner friendly. With few exceptions, it is for all age groups and levels of fitness

You can take a Basic Aerial Yoga Class with no prior experience and still get the hang of things. Firefly Yoga Centre offers Aerial Yoga Basics classes for first-timers, for anyone feeling apprehensive about aerial yoga, and for those just starting out on their yoga journey.

A benefit of taking your routine off the ground is that you lose your point of stability; you'll start to engage your core muscles immediately without even realizing it. It is one of the most effective workouts.

Here we are not only talking about the physical aspect of the practice. Alongside the calming and sometimes powerful muscular effort, AYI® Aerial attempts to incorporate a mental and energetic component into the practice. In fact, it is no coincidence that the assortment of fabrics is so vivid. The bright hammocks were chosen specifically to enhance this element. 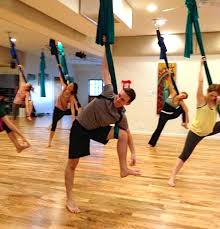 The classes are open for people of all levels and abilities. Aerial silk is one of the most romantic of the circus art, where perform climb,invert, perform figure, shape anddrops with effortless grace. Our 0ne hour class include warm up, strength building aerial conditioning, an introduction to climb, wraps and basic figure and cool down in a friendly, safe, and supportive environment.

For the experienced, the aerial adds a new dimension to complement your existing practise on the ground level for those with little or no experience. The aerial is a great start. Every class include decompression, supported inversion, core and upper body strengthening, deep relaxation and of course lots of smile. 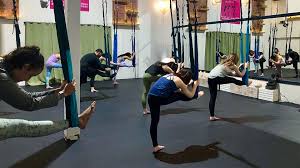 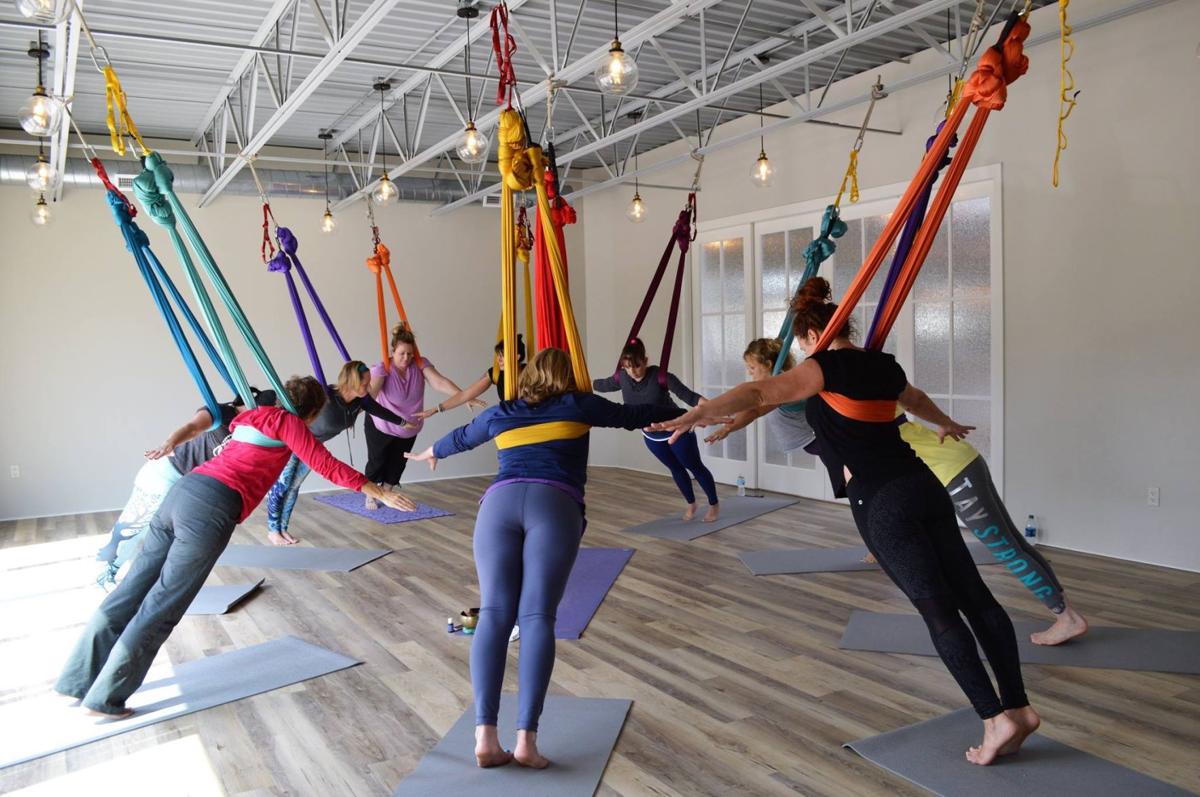 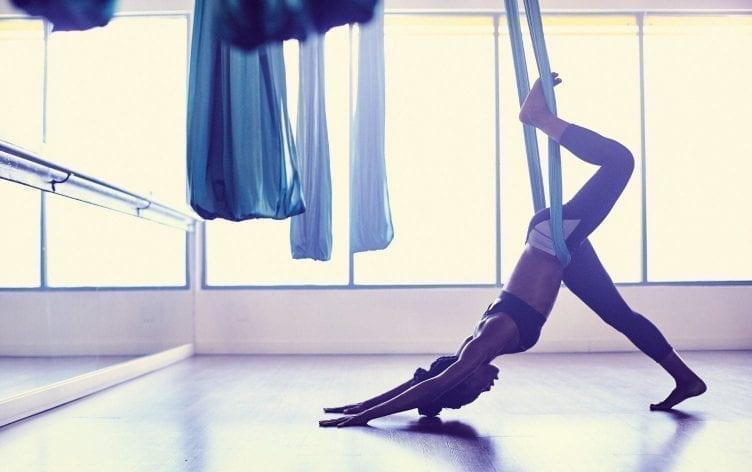